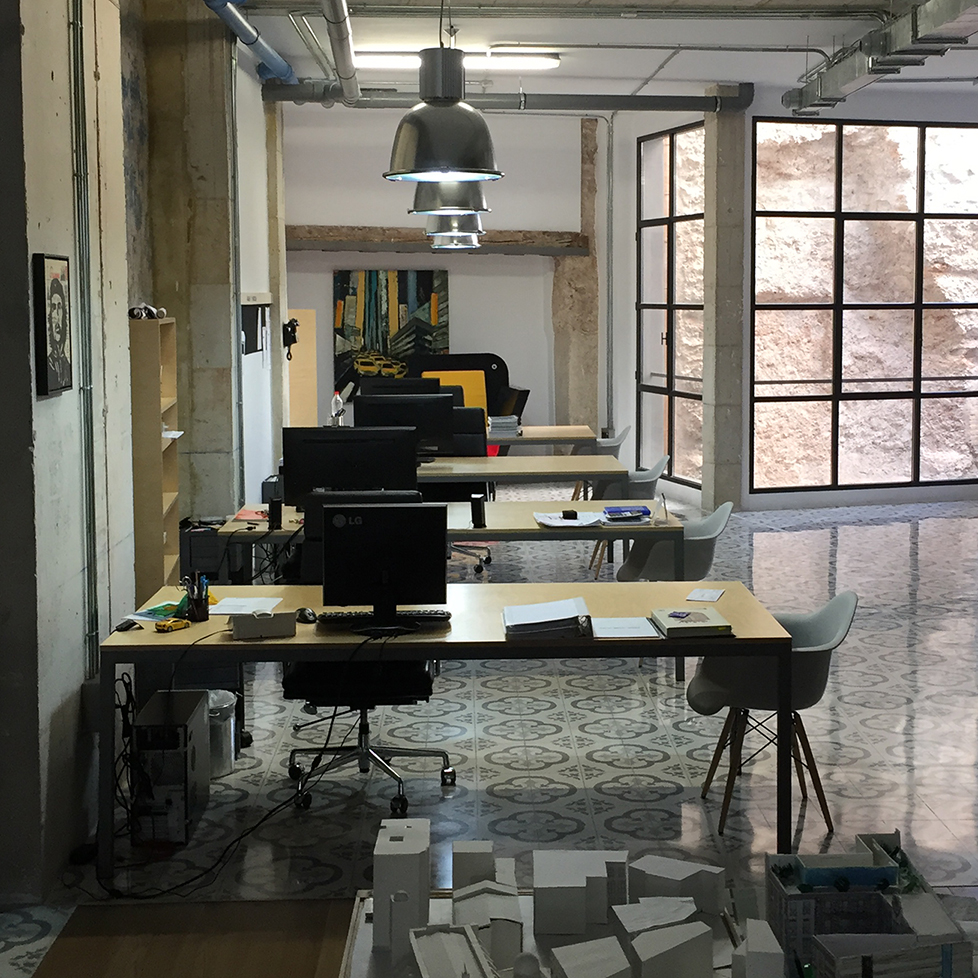 Shape and function. Assemec also takes into account the world of Design through the conception, the planning and installation of designed products. Private or urban decorative spaces that do not only take account of aesthetics but also their function. Assemec creates modular multi-functional products such as umbrella stands, magazine stands, bike stands, ashtrays, planters and benches. 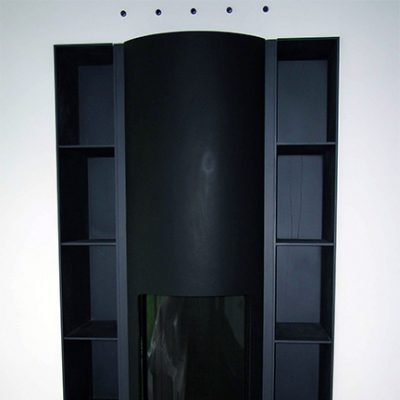 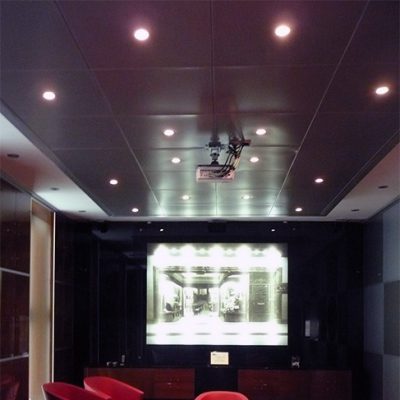 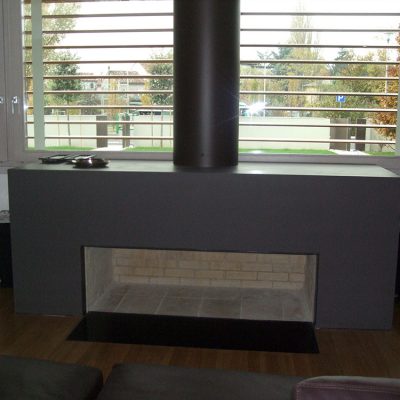 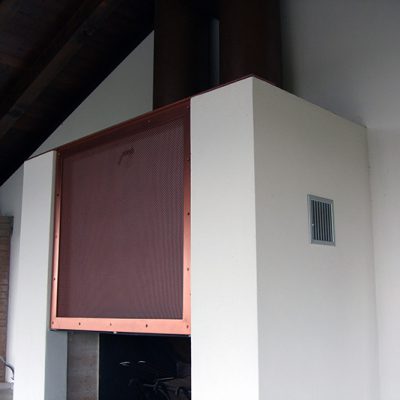 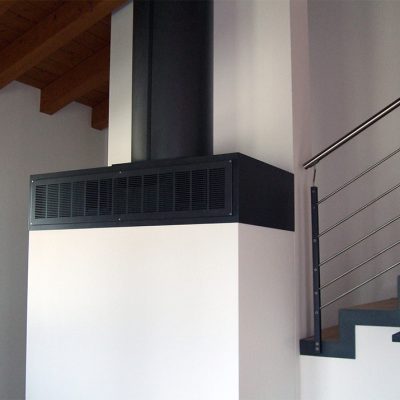 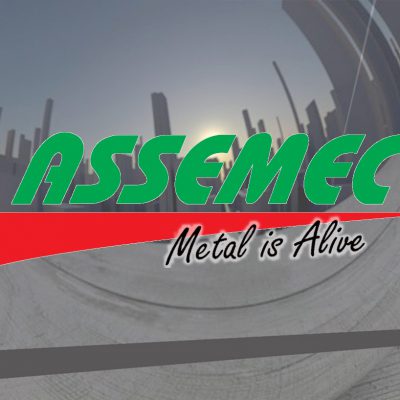 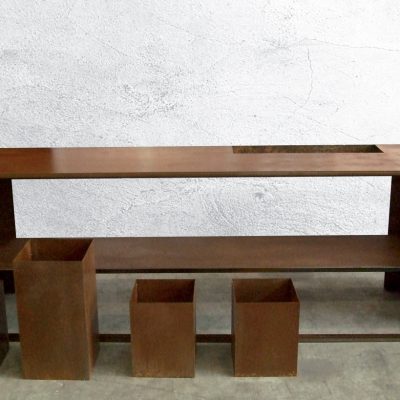 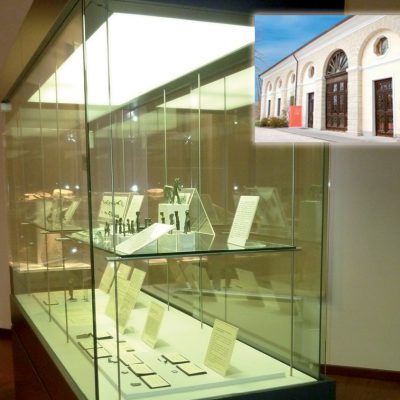 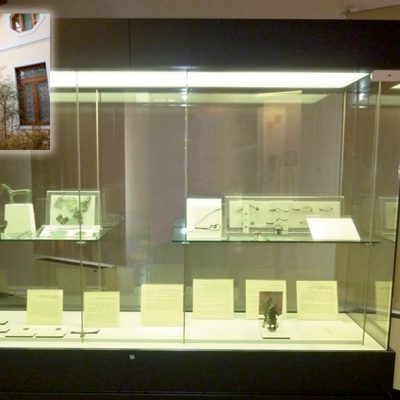 The system is meant to be a union of street furniture single elements which can be freely combined. Such combinations generate a coherent system both by a formal and a material points of view. The system consists of a waste container element, an ashtray element, a flower box element, a bicycle stand element, and a bench element that can be vertically reinforced if needed. The waste container is characterized by the rollaway insertion of a trash bag, that is fixed to the support by means of four pressers.

The ashtray is a stainless steel basin on which a 2 mm thick perforated plate for cigarette extinction is laid. The ower box consists of a cylindrical compartment, in which the plant (in a pot) is inserted, and therefore looks like the already presented waste container. Along the sides of these three elements (waste container, ow- er box, ashtray) some niches were placed to operate as magazine racks and bag holders to collect dogs’ excrements.

The bicycle stand is a rack made of a perforated zinc-coated plate which can host up to two bicycles of any typology. The bench was realized in the same material and is characterized by a special bend that increases its sti ness. The combination of the two vertical elements, joined at the base by two stainless steel rods, generates a central opening that also works as a bicycle stand. All components are made of zinc-coated varnished plates and stand on foots that are scalable in height. Overall the system can be utilized in various ways also as tra c barrier and pedestrian area delimiter.

Waste containers, flower boxes and ashtrays, along a building wall or an arcade, along pedestrian areas or at town square mar- gins, keep a functional and aesthetic independence from every other element. The originality of this system is definitely based on its interchangeability, its free assembly of various components while always maintaining an absolute coherence in shapes, materials and colors.

It is exactly this aspect that distinguishes “Multi” system from other street furniture proposals, which are often characterized by the correspondence of different functions and stylistic and material solutions. Nevertheless “Multi” system is flexible up to the point that every single constitutive element can, as already stat- ed, be separately utilized and yet maintain a graceful connection with the other street furniture elements. 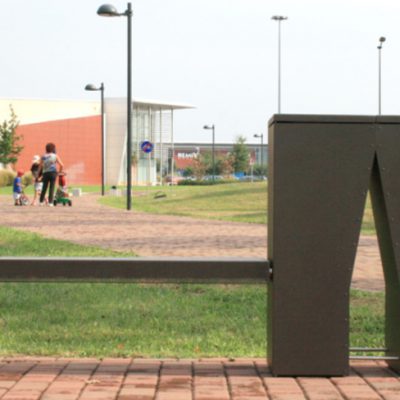 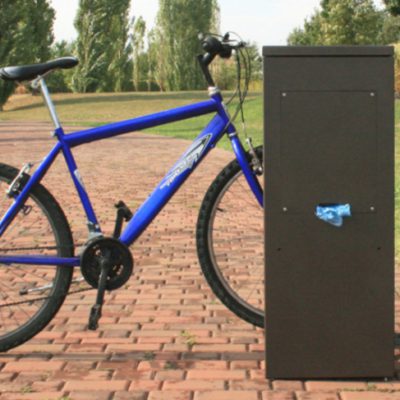 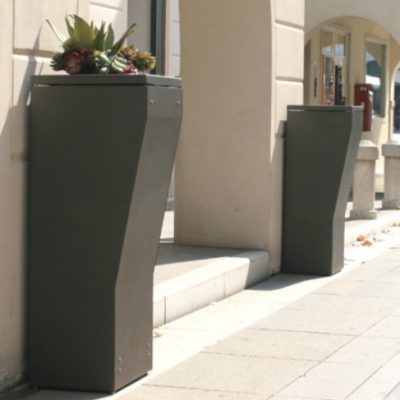 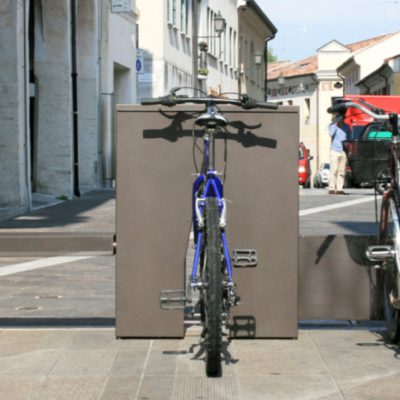 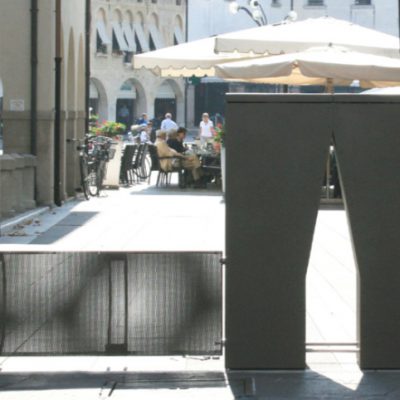 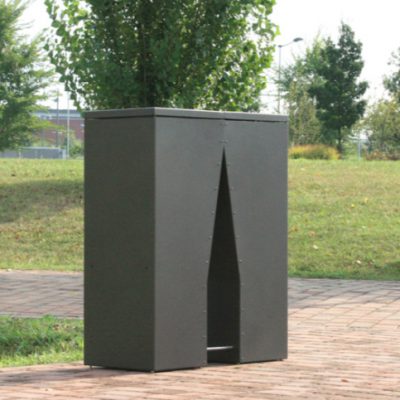 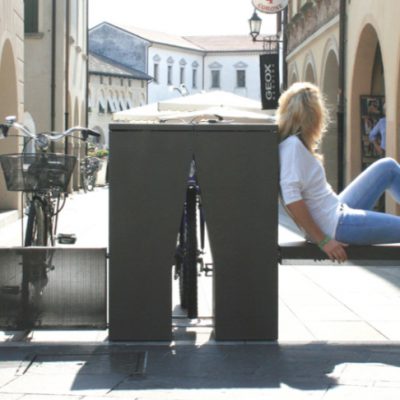 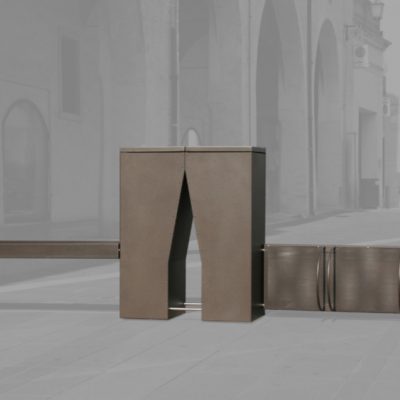 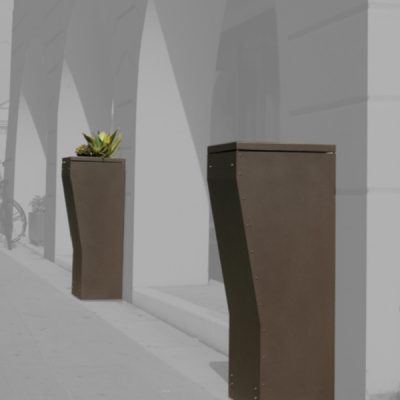 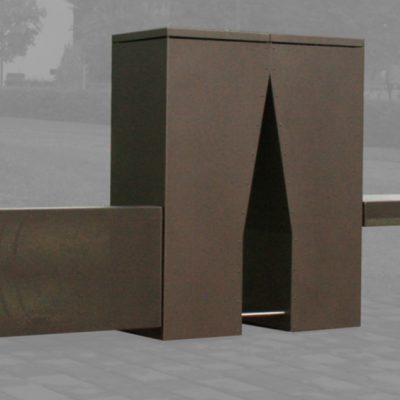